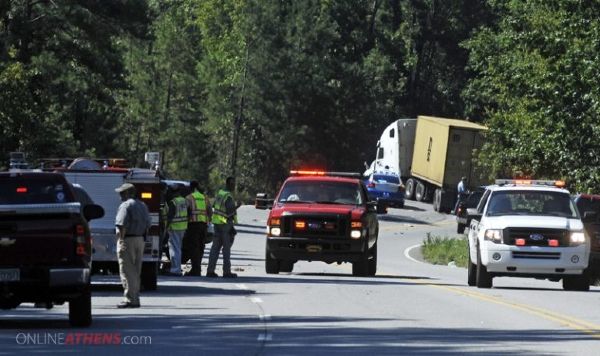 A 49-year-old Houston County man suffered multiple injuries when the cement truck he was driving was hit by a tractor-trailer on Highway 441 just north of Madison, Ga.. The operator of the tractor-trailer claimed that his front tire blew out causing him to cross into the centerline and sideswipe the cement trailer. As a result of the impact the cement trailer went off the road and overturned. The driver was ejected from the vehicle as it rolled over. He suffered multiple injuries including loss of the tip of his index finger and the top of one ear, facial fractures, rib fractures and impingement syndrome of the shoulder.

The insurance company denied the claim and refused to any damages. They argued that the tire blew out and came off the rim, causing the wreck. “Our driver did nothing wrong” they claimed. The victim was facing more than $300,000 in medical bills and lost income due to the collision.

However workers’ compensation does not pay for pain and suffering. So, while his workers’ compensation claim was being won his attorney was fighting the insurance company and defense lawyers representing the trucking company. The Defendants insisted that there was no negligence, simply a tire failure that caused their driver to lose control.

The Plaintiff’s attorneys and their team of top accident investigators conducted an extensive reconstruction of the collision and the events leading up to the incident. Every detail of the roadway evidence was measured and recorded, as well as an examination of the specific damage to the vehicles and the tire that allegedly blew out. The trucking companies records were obtained under subpoena, and the tractor-trailer driver was deposed.

When confronted with the overwhelming evidence the tractor-trailer driver admitted that he could no longer stick to his original version of the accident. The case was settled shortly before trial.

***This case was a huge victory against the insurance company. We could not have won without our top team of Tractor Trailer Experts and Accident Investigators. We spent hours gathering every piece of roadway evidence, maintenance records and interviewing everyone who was at the scene.